Day of the Elbasy

Just how many honorary titles and epithets has Kazakhstan’s first president racked up since retirement? 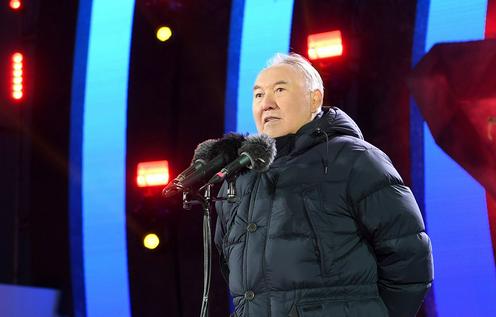 A few days ahead of Kazakhstan’s annual First President’s Day, celebrated on 1 December, the man at the centre of the celebrations, Nursultan Nazarbayev was conferred yet another title – Honorary Chairman of the Consultative Meeting of Heads of Central Asian States. Held in Tashkent, the event gathered together all of the region’s acting presidents. Nazarbayev was the only one of them with the prefix “ex-” added to that title, but this didn’t seem to bother the others. Fergana decided to run a quick recap of the various awards and titles heaped upon Nazarbayev since he left the post of president, and at the same to time take a look what just role the Elbasy (“leader of the nation”) now plays in the political life of the country.

In March 2019, Nursultan Nazarbayev announced his resignation as president, and a mere two months later he was awarded the position of honorary senator on the initiative of the current head of state Kassym-Jomart Tokayev.

At the end of May, Nazarbayev became the honorary chairman of the Supreme Eurasian Economic Council. The proposal to name Nazarbayev to this position came from Russian president Vladimir Putin. According to Putin, Nazarbayev deserved the title for his “historic contribution to the creation of the Eurasian Economic Union”. At the time, Kommersant wrote that the post of honorary president was created specially for the first president of Kazakhstan and that the exact role connected with the post remained to be discussed at the upcoming meeting. “Nursultan Nazarbayev has done a great deal for Eurasian integration and is still capable of doing a great deal. This is where the idea came from,” explained the paper’s source. “Nazarbayev’s experience and authority are extremely useful for the promotion of the EAEU in the international arena,” added another informant. 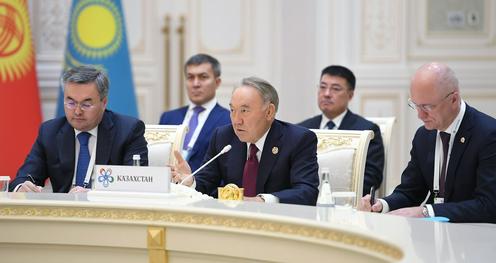 At the same time, in May, Nazarbayev was awarded the lifetime position of honorary chair of the Cooperation Council of Turkish-language States (CCTS), in recognition of his significant contribution to the development of the Turkic world.

Political scientist Islam Kurayev maintains that this avalanche of honorary titles is “common practice all around the world”. “Normally, when a politician steps down from power, as a sign of respect his contribution to politics is recognised by a series of symbolic insignia that in practice do not entail any real power. It’s actually common practice all around the world, and there’s really no reason to be surprised at it, let alone try to sensationalise it,” he argued.

Such “gifts”, as we all know, have not been limited to honorary titles. In spite of protests, Kazakhstan’s capital was renamed Nur-Sultan in honour of Nazarbayev, the former president was awarded the title of “Hero of Kazakhstan” (the country’s highest award), and there have been proposals to erect a statue of him and name a number of cities’ main streets after him.

At the same time, Nazarbayev has also retained control of the real levers of power in the country, keeping his position as the ruling “Nur Otan” party’s president and reserving the right to head the Security Council – the powers of which were simultaneously significantly widened – for life. The first president also remains a member of the Constitutional Council for life and the chair of the Assembly of People of Kazakhstan.

“In essence, Nazarbayev’s resignation (from the post of president) doesn’t change anything in Kazakhstan, and the general political course of the country has been preserved. Citizens’ rights and freedoms will continue to be restricted and suppressed just as they always have been. True, there is an illusion of reform, or rather of a willingness to reform, and an attempt to introduce a dialogue with the public, such as in the creation of the NCPT (National Council of Public Trust), which has not yet yielded any concrete results. Personally, I am convinced that such reforms will not be forthcoming, because the fundamentals of the authoritarian regime won’t disappear simply because a different person is sitting in the president’s chair. The country is still being run by first president Nazarbayev, just now in his capacity as chair of the Security Council,” says prominent journalist and activist Sergey Duvanov.

At the end of October, Nazarbayev’s position and powers were confirmed officially. A decree of President Tokayev appeared online, which bound him to obtain the agreement the head of the Security Council for the appointment of a number of ministers and akims (heads of local government). The document caused confusion not only among ordinary Kazakhs, but also within government circles. Commenting on the text of the decree, justice minister Marat Beketayev stated that the final word on appointments will lie with the Security Council as a collegial organ, likening the Kazakh arrangement to that in other nations where officials are appointed after coordinated discussion among different branches of government. Later, the president’s press secretary Berik Uali declared the minister’s comments inaccurate, and suggested that the latter had “got confused under journalists’ pressure”. “The current head of state has the right to consult Nazarbayev, but in accordance with the law all decisions are taken by him independently,” he underlined. 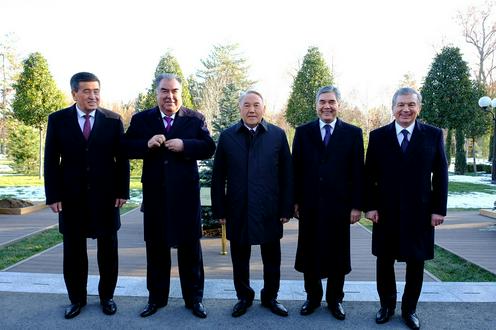 Together with leaders of Central Asian countries, Nursultan Nazarbayev took part in a ceremonial planting of trees along the Avenue of Guests of Honour at the Kuksaray residence in Tashkent . elbasy.kz

The political scientist Kurayev contends that the current head of state possesses extensive powers. “Due to the fact that the first president is chair of the Security Council, a number of strategic decisions are taken in agreement with him. As for domestic politics, in this sphere Tokayev has carte-blanche. Actually you could say that Nazarbayev transferred the major part of his powers to the current president, and in order to avoid potential adverse effects retained some of the strategic levers of state for himself,” he said.

The precise extent of the powers passed on by Nazarbayev to the current head of state remains a matter of debate. Certainly, the Elbasy has not only kept hold of “strategic levers” within the country, but also continues to represent the country on the international stage. He recently took part in the second Consultative Meeting of Central Asian Heads of State that was held in Tashkent. The event was attended by the leaders of Uzbekistan, Kyrgyzstan, Tajikistan and Turkmenistan, and only Kazakhstan was represented by a former president. At the summit, Nazarbayev proposed to designate the 15th of March “Central Asia Day”, as well as to promote conditions for the unrestricted flow of goods, services and capital around the region.

“Everywhere else in the world the system is set up such that countries are represented by two or three people – the president, the prime minister and the foreign minister. In our case it has always only ever been Nursultan Nazarbayev, since he was well known and respected, and with the exception of Tokayev, second-rank officials didn’t possess the normal authority when conducting affairs abroad,” explains Islam Kurayev. “Now we have a system whereby the first president and the acting president simply alternate roles when it comes to foreign engagements. I think in this we should discern only positive effects rather than negative ones.

Sergey Duvanov, in contrast, feels sure that in this fact lies the answer to the question of who it is that really wields power in Kazakhstan. “Real power lies in Nazarbayev’s hands, and Tokayev’s presence at the top is merely a manoeuvre, a rearrangement, in order to solve political problems and delegate authority to whoever he desires. But I don’t think he wants to give up any real power to anyone. He’s still a man of power politics, and I think he still has plans – nothing has changed on that score,” asserted the activist.