Life in red, yellow and green 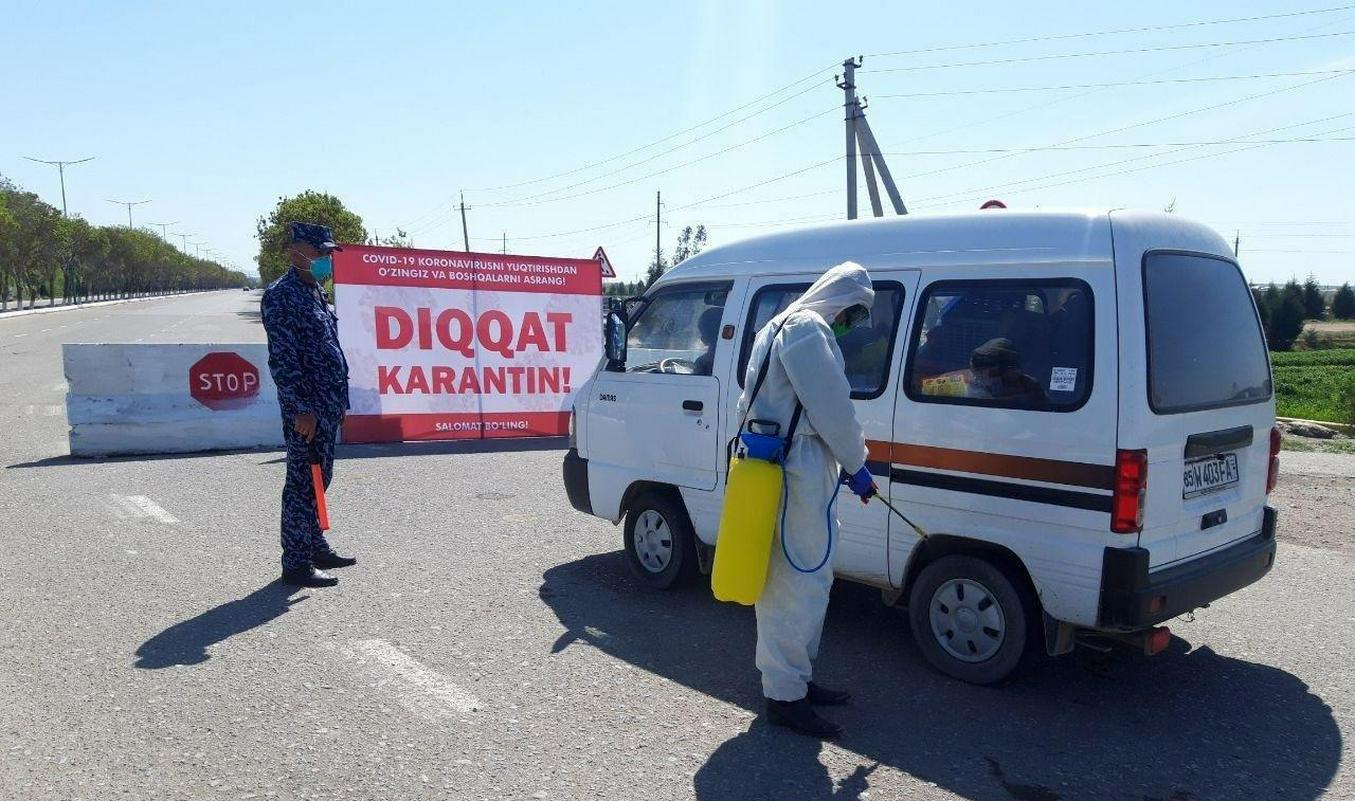 A quarantine checkpoint in Uzbekistan . Photo from autostrada.uz

The coronavirus arrived in Uzbekistan in the middle of March. The government swiftly closed the country’s borders and introduced a sweeping lockdown. Obligatory face masks, social distancing, self-isolation, charter flights to repatriate stranded citizens – all of these concepts have now become a normal part of everyday life in Central Asia’s most populous nation.

More than three months have passed since the first lockdown measures were introduced. The authorities have resorted to varying tactics depending on the epidemiological situation. First they got more strict: fines were increased for failure to wear a face mask in public, administrative charges were introduced for spreading fake news about the infection, and Uzbeks were terrorised by armoured cars with loudspeakers blurting out “Do not leave home, do not make a mistake!”. Then they started to relax things somewhat: yellow and green zones were established where lockdown measures were less severe than in the more infected red zones; a number of businesses were allowed to reopen; football matches returned to the country’s stadiums, albeit without spectators; the first wedding celebrations were held, with a maximum number of 30 guests. Relaxing after weeks of tension, the Uzbek public stopped strictly following the epidemiological regulations, and local official found a way to cash in on a bonuses scheme intended for doctors...

The lockdown forced people to change, to learn and to adapt to a different way of life. On its Facebook account, Fergana asked its Uzbek readership how their lives had been affected by the introduction of strict epidemiological measures and what they had learnt from living for three months under such totally new conditions. Over the ten days of our survey we received more than 100 responses and we want to express our gratitude to all those who took the time to share with us something of their lockdown experiences.

For residents of most countries where severe restrictions have been imposed on account of COVID-19, lockdowns have posed an unfamiliar challenge. Many people tried to find something positive in their enforced captivity. Psychologists advised people to occupy themselves with their personal development, to make peace with and draw closer to family members with whom they were going to be living in close confinement for an indefinite period, to finish reading those books that they had long since put to one side for better times... But in Uzbekistan, to judge by our readers’ comments, none of this emerged as a top priority.

At the forefront of people’s minds was the fear of being left without work and income. This was especially the case since the government apparently did not consider it its duty to provide material assistance to those left broke at the will of COVID-19. The elderly were even given the extra “headache” of a bungled switch to pensions payments by bank cards and then back again.

Many respondents cited the authorities’ inaction in terms of providing financial support to the population as the main “minus” of the lockdown.

“I realised that the government was not going to hand out money to the public even in extreme circumstances. As usual, the authorities cast off all of their own responsibilities onto the shoulders of private business. We have one of the highest tax rates in the world, but still there are no kinds of handouts. Over these three months of lockdown, Uzbekistan has borrowed more money than any other former Soviet country, yet it is the only country that has not provided any financial help to the public,” Murad Gassiev wrote. 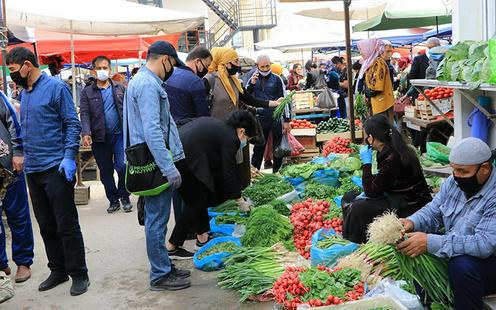 A marketplace in Uzbekistan . Photo from Kun.uz

“No kind of support from the government!!! Small businesses were forced to put money on cards, which were then distributed as state support. They even managed to plunder the charitable foundations,” wrote Maksim Andreev.

Similar thoughts were expressed by Ruslan Babakhanov: “This period has revealed the true essence of our government, which has forced people to sit at home without work or any kind of means to survive. I could write a lot of things, but what’s the point?! Nothing changes, unfortunately, and we continue to live on promises of a “bright future”. Our people’s patience is without limit.”

We will make do here with these few quotations, though this issue of the lack of government support was something that came up in almost half of all comments. It would appear that in this respect the lockdown did not really teach Uzbeks anything new, but, by their accounts, simply confirmed that even in extreme situations those at the top do not care to think about the fact that those at the bottom may have trouble even surviving in these kinds of conditions.

Our respondents also pointed out another issue that can hardly be thought of as new. They spoke of corruption – a corruption which fears neither epidemics nor catastrophes.

“Once again it became clear to me that the government simply doesn’t care about its citizens. The mahallas, the housing committees picked over and plundered for their own relatives the funds and aid that someone from somewhere had sort of set aside, while caring Uzbeks helped their neighbours and those who had no one else and made sure they didn’t die of hunger. This country is sunk in corruption,” wrote Tanya Khosnullina. 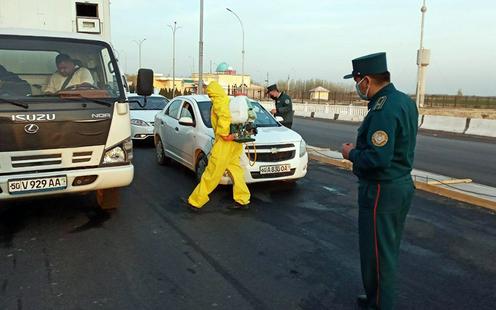 A quarantine checkpoint . Photo from Uznews.uz

Olga Mamedova completely agreed: “Total corruption everywhere! Even in the quarantine zones they had this criminal system running in full swing! It is left up to every individual to fend for himself, without any kind of state assistance!”

“Once again it was made clear that the government doesn’t care about us, starting from the mahalla committees right on up. It is full of parasites, cheats and bribe takers. And they only give assistance to those who have cars, dachas, all the luxuries,” said Svetlana Kozhaeva.

But not everything was bad. Alongside the above-mentioned “minuses”, our reader Aliya Vildanova pointed to one major “plus” in the government’s actions. According to her, one clearly positive aspect was that lockdown measures were introduced early, and that thanks to this there have been few coronavirus infections in the country to date. Anyone hoping to find further upbeat comments about the authorities will be disappointed, however. It seems that this was the only positive aspect picked up on by our respondents. 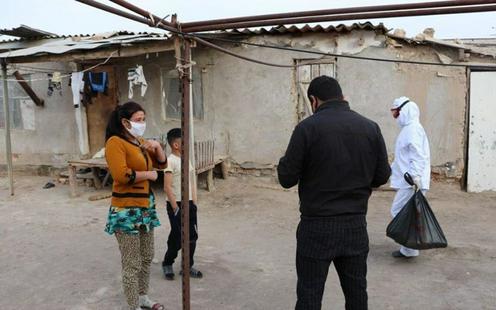 Delivering food parcels to low-income families. Photo by the press office of the Health Ministry of Uzbekistan

Another major theme in the comments was the assistance that Uzbeks themselves gave to low-income families and other groups and individuals in need. Uzbekistan, of course, has always had a strong tradition of charitable action. Let’s just give two examples. The first: the vast voluntary movement that developed during the early days of the pandemic, and which the government was careful to subsequently bring firmly under its own control. The second example: the aid gathered to help the victims of the Sardoba dam catastrophe in the Syrdaryo region. In Tashkent alone, compassionate citizens quickly gathered so much humanitarian aid that they had to be asked to stop. The authorities simply could not keep pace in storing the items and part of the donations were spoiled and went to waste. A handy excuse for the losses was found however – apparently everything was the fault of the rain. Apropos, according to the preliminary findings of the investigation, the cause of the dam burst itself – which led to flooding as far away as Kazakhstan – was also bad weather, part of the dam wall being washed away by waves whipped up by heavy winds. An even more laughable theory has since been raised by investigators – that the wall of the dam, built to hold back almost a billion cubic metres of water, could have been impaired by unusually fierce catfish, or even by some kind of vole. But this, as they say, is another story entirely.

If we leave to one side the acute economic issues, then it seems that the lockdown has taught Uzbeks above all to get more sleep, to take pleasure in idleness and to be more patient with their loved ones. Many respondents noted that it is one thing to see your family members before and after work, and a totally different thing to be cooped up with them for days on end. But over the course of the enforced self-isolation, people started to treat their relatives more caringly, learned to smooth out domestic tiffs and quarrels and to support one another through a difficult situation. Admittedly even here there was one “fly in the ointment”. One of our respondents stated that over these three months his wife had nagged him so incessantly that he was simply waiting for the registrar’s office to reopen so that he could get a divorce. But then, there’s no accounting for the human heart...

As for the virus itself, the spread of COVID-19 in Uzbekistan shows no sign of relenting. On 7 June a new record was set – 237 infections in a single day. Five days later the country’s chief medical officer, Nurmat Otabekov, attempted to cheer up the Uzbek public by noting that “when the virus appears in a certain area, the patient and those around him begin to build up herd immunity”. True, we are still waiting for a vaccine that has gone through all the necessary tests and proved itself to be effective. So as the same Otabekov said, for now we just have to learn to live with the coronavirus.

The most discouraging conclusion that can be drawn from the results of our modest survey is that three months of enforced idleness and – for many – pennilessness have reinforced a profound sense of pessimism in many Uzbeks, a certainty that the authorities simply do not care about ordinary people. Whatever zone you live in – whether it be red, yellow, or green – you have only yourself to rely on. And the future, ironically labelled as “bright” or “great”, does not bode a great deal better. Alas, the majority of participants in our Facebook survey are sure that, in Uzbekistan, as the line in a song by the Tashkent group Elektrooko (one of a few Uzbek bands to stream a live online concert during the lockdown) goes “nothing is going to change, we’re just tilting at windmills...”