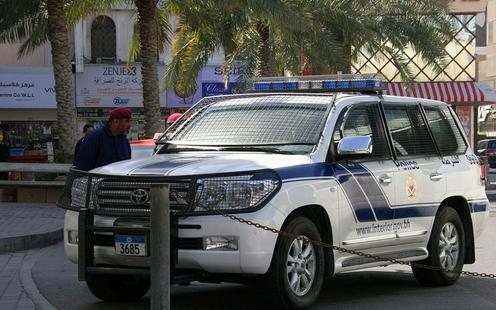 (A police vehicle in Bahrain.. Photo by Al Jazeera English from Wikipedia.org

The Kazakh embassy in Bahrain, working together with the Arab kingdom’s police force, has freed 21 Kazakh women from sexual slavery, Tengrinews reports (in Russian), citing information from the Kazakh foreign ministry.

According to the foreign ministry, the culprits tricked the young girls into travelling to Bahrain by offering them work in the service and hotel sector. After arriving in the capital Manama, the bogus employers confiscated their passports and forced them to provide sexual services. If the girls refused, they were subjected to physical violence, the ministry said.

At present the victims are being housed at a special rehabilitation centre and will soon be returned to Kazakhstan. The suspects have been taken into custody. Among them are several Kazakh women.

Kazakhstan currently ranks worst in Central Asia in terms of number of victims of human trafficking. According to the International Organization for Migration, between 2004 and 2018, 702 Kazakh citizens fell victim to human trafficking for the purpose of sexual exploitation. In the same period, however, the Kazakh law enforcement agencies opened only 313 cases under article 128 (Human trafficking) of the country’s criminal code. In 2018, 26 people were convicted of human trafficking in Kazakhstan.