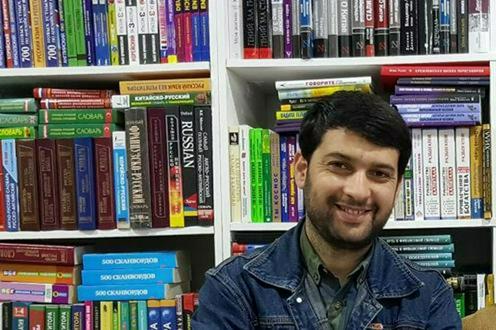 Amnesty International, the International Partnership for Human Rights and the Norwegian Helsinki Committee have demanded the protection from ill-treatment and release of Tajik journalist Daler Sharifov, currently sitting in pre-trial detention at the State Committee for National Security in Tajikistan.

Journalist and activist Daler Sharifov was arrested on 28 January after being called in to the SCNS office in Dushanbe for questioning. Two days later, a district court in the capital sanctioned his arrest for a further two months. Charges were brought against him for inciting discord in the country under article 189 of the Tajik criminal code. The office of the prosecutor-general announced that the journalist had promoted the ideology of the Muslim Brotherhood (banned in the Russian Federation and Tajikistan), publishing more than 200 articles containing extremist content over the last seven years and illegally printing a text calling the country’s youth to jihad.

The three human rights organisations argue that the charges against Sharifov, who has frequently written on questions of human rights and religion and criticised government policy in these areas, are a form of retribution for his journalistic work. Previously, the same article 189 of the criminal code, which allows for a wide interpretation of the concept of “inciting discord” and is used by the authorities to limit freedom of speech, has been employed against journalist Khayrullo Mirsaidov.

”Tajikistan is in the midst of a human rights crisis where the authorities have stifled all opposition and dissent – Daler Sharipov (an alternate spelling of Sharifov’s name – Fergana) is one of the very few independent journalists remaining inside the country, and these charges against him demonstrate the lack of respect for freedom of expression in Tajikistan,” said Bjørn Engesland, Secretary General of the NHC.

The rights advocates observe that in Tajikistan it has become almost impossible to conduct journalistic investigations and publish articles on issues considered “sensitive” by the authorities without risking one’s own safety or that of family members. “We call on the Tajikistani authorities to guarantee Daler Sharipov’s safety, drop the charges against him and release him immediately. They must also ensure that he can freely exercise his right to freedom of expression”, said IPHR director Brigitte Dufour.

In the text of Sharifov referred to by the prosecutor-general, entitled The Prophet Muhammad (pbuh) and Terrorism, the journalist discusses Islam through the story of the life of the prophet. Sharifov cites the Quran and a number of theologians to argue that terrorism has nothing in common with Islam. The journalist also calls on people not to use the terms “Islamic terrorism” and “Islamic radicalism” and asks the authorities to defend the rights of the faithful. On two occasions in his work, Sharifov quotes the Egyptian scholar Yusuf al-Qaradawi, long considered one of the spiritual leaders of the Muslim Brotherhood. This is what led to the charges against him.

On 3 February, members of the journalistic community in Tajikistan, together with a number of the country’s human rights organisations, called for Sharifov’s release while a thorough investigation is conducted that respects all guarantees of freedom of expression in line with international standards. On the same day, OSCE representative on freedom of the media Harlem Désir wrote a letter to the Tajik government calling for Daler Sharifov’s immediate release.

The journalist’s arrest came against the backdrop of a wave of arrests of suspected Muslim Brotherhood members in Tajikistan. According to the office of the country’s prosecutor-general, by the end of January, 113 people had been arrested, including 20 university employees. Some of the detainees were released after questioning.