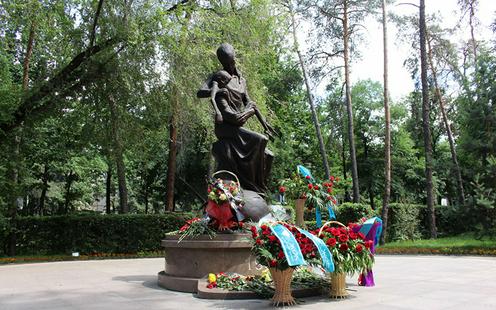 Memorial to victims of the famine in Kazakhstan . Photo from Zakon.kz

The Kazakh foreign ministry must take steps to gain international recognition of the Asharshylyk (the vast famine of the 1930s, in which around a third of the Kazakh population is estimated to have died and another 15% fled the country) as a genocide against the Kazakh people, Mazhilis (lower chamber of parliament) deputies from the party Ak Zhol have demanded. The story was reported by Tengrinews.kg (in Russian).

According to the parliamentarians, recognition of the famine as a genocide “organised by the totalitarian power of the Bolsheviks” should ultimately be sought from the UN, the OSCE, the US Congress, the European Parliament and other organisations.

“For comparison, the Holodomor in Ukraine, which has been recognised by the international community, caused the deaths of 3.9 million people, while, according to recent publications by Ukrainian researchers themselves, the estimated number of victims in Kazakhstan is more than 4 million – 70% of our people,” MP Berik Dyusembinov said to Deputy Prime Minister Yeraly Tugzhanov during a parliamentary question session.

The Mazhilis deputy stressed that “as long as we fail to recognise their deaths for what they really were, our debt to these innocently tormented souls has not been acquitted”. Dyusembinov also proposed making decommunisation a part of state policy in Kazakhstan. He justified this by saying that in recent years various actors have been making efforts to “mythologise and propagandise for Stalinism”.

“Only by fully appreciating the events of the famine and repressions of the 1930s can we finish the work started by our first president Nursultan Nazarbaev in 1993 for the rehabilitation of the victims of this tragedy,” he concluded.

Researchers on the famine have yet to reach a unified view of how many people died in the Kazakh Asharshylyk. Most Western academics put the figure at 1.5 million (the vast majority of them ethnic Kazakhs). Demographer Sergei Maksudov gives the figure 1.45 million ethnic Kazakhs and 100,000 representatives of other nationalities. Some Kazakh researchers cite higher figures, the greatest of which is 2.5 million.

In 1997, Nazarbaev declared 31 May the Day of Remembrance for Victims of Political Repression. Later the words “...and Famine” were added to the official title, yet the famine continues to receive relatively little official coverage. State TV news channel Khabar 24’s coverage of the occasion last Sunday mentioned the word famine in the day’s official title at the very start but then focused exclusively on political repression.

At the end of May, Kazakh president Qasym-Zhomart Toqaev ordered the establishment of a state commission for the rehabilitation of the victims of political repressions. He emphasised that such a step is necessary to “complete work to re-establish historical justice”.

In a recent study previously covered on this site, US academic James Richter has written that the level of official coverage of the central Soviet authorities’ crimes against the Kazakh people depends to a large extent on the Kazakh government’s shifting interest in distancing itself or drawing closer to Russia. The relative lack of prominence of the Asharshylyk in public debate compared with the Holodomor in Ukraine is also explained in part by the Nazarbaev regime’s unwillingness to rock the boat internally and desire to assure the consolidation of old and new elites. “With Nazarbaev’s retreat into the background and increasing competition for power between different sections of the Kazakh elite, the politicisation of the famine is only likely to become more and more pronounced,” the article concludes, paraphrasing Richter.

The Ak Zhol party was recently part of efforts to create an “official” opposition in the Kazakh parliament, though many doubt its real opposition status.