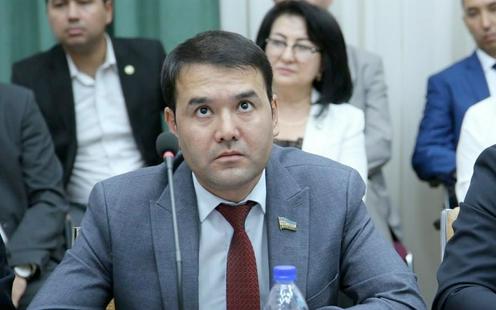 Alongside the arguments surrounding Uzmetkombinat this week, several other disputes involving Uzbekistan’s monopoly enterprises have hit the headlines in recent days following attacks made by a deputy of the country’s traditionally docile parliament. On Monday, MP Rasul Kusherbaev took to social media to accuse UzAuto Motors of selling the government emergency services vehicles at inflated prices and suggested that, “for its own people”, the company could have sold the vehicles at a reduced cost or even donated them for free.

UzAuto Motors responded by accusing the deputy of populism and said that it had already spent over $360,000 on charitable work during the coronavirus crisis. An existing law, the company argued, limits firms part-owned by the state to charitable donations of no more than 10% of the previous year’s profits, and Kusherbaev’s efforts as a deputy would be better employed drawing up amendments to this law.

On the same day, Kusherbaev took to Telegram to criticise monopoly companies for receiving more money from the country’s COVID-19 anti-crisis fund than has been spent on fighting the virus itself.

“The amount of money allocated to a few monopolists is greater than the amount allocated to the fight against the coronavirus. Is this really decent?” Kusherbaev asked in anger. He then listed the expenses: $39.7m credit to Uzbek Airways, $9.8m to Uzbekistan Airports, $39.2m of subsidies to hydrocarbons firm Uzbekneftegaz, $48.9m of subsidies to Issiqlik Elektr Stantsiyalari AJ (Thermal Power Stations Ltd), among others. Meanwhile, $88.8m has been spent on the fight against COVID-19 and $67m on building and equipping hospitals and quarantine facilities.

The deputy also criticised Uzbekneftegaz for temporarily lowering and then raising petrol prices while they were otherwise falling all around the world, Uzbekistan Airways for the low quality of their services and high cost of tickets, and the regional power grid monopoly for blackouts in the regions. He called on the government to abolish monopolies as soon as possible and “clear the ground for bold, honest and responsible competitors”.

Uzbekistan’s energy ministry responded to the critique by saying that decisions on fund allocations are taken by the president and that the money was needed in the energy sector to cover losses occasioned by a ban on disconnecting households for unpaid utilities bills during the present pandemic. The ministry accused Kusherbaev of empty rhetoric and lacking familiarity with the branches and companies about which he was making his claims.

President Mirziyoyev has of course himself employed harsh rhetoric when speaking of the country’s monopoly firms recently, threatening company heads with dismissal if they fail to adapt to the demands of a competitive environment. Last month, Uzbekistan’s Antimonopoly Committee put forward plans to strip dozens of state companies of their monopoly status as part of the country’s ongoing liberalising reforms.

The kind of attack voiced by Kusherbaev and the subsequent rebuff from a state agency are not entirely typical for Uzbekistan, where the Oliy Majlis (parliament) has long played a largely decorative role and parliamentarians generally refrain from expressing critique or even advancing any independent views. Tentative moves have, however, been made to raise the profile of parliament, with Mirziyoyev urging deputies to take a more active role in politics in general and especially in proposing new legislation.