Over 100,000 employed in forced cotton picking in Uzbekistan, ILO reports 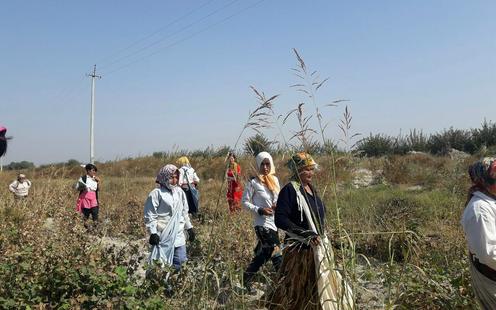 102,000 people were forced to pick cotton in Uzbekistan in 2019, a 40% decrease on the previous year’s figure of 170,000, a new report by the International Labour Organisation published on 5 February states.

The ILO’s report also commends the Uzbek government for eradicating forced child labour. According to the organisation’s experts, 94% of cotton pickers were employed freely in the cotton fields last year. The government has completely stopped the systematic recruitment of students, doctors and teachers. However, the report notes that the involuntary recruitment of staff from state institutions and enterprises still occurs at the local level.

ILO experts studying the issue of forced labour during the 2019 cotton harvest conducted interviews with more than 7,000 cotton pickers. The interviews were carried out during unannounced visits and took place without the presence of local officials. The majority of interviewees stated that, in comparison to the 2018 harvest, working conditions had improved, in terms of food, hygiene, access to water and more.

In total, 1.75 million Uzbeks took part in the cotton harvest last year, 12.5% of the working-age population. By way of comparison, in 2018, 2.4 million of the country’s citizens worked on the harvest, and in 2015 the figure was over 3.4 million individuals.

The report notes that, following recommendations from the ILO and the World Bank, the Uzbek authorities are increasing cotton pickers’ wages each year. Thus, last year the remuneration for one kilogram of cotton handed over to government collectors rose from an average of 1000 Soms ($0.10) to 1100 Soms ($0.11), while in 2015 and 2016, according to ILO statistics, cotton pickers were paid just 200 Soms ($0.02) and 280 Soms ($0.03) per kilogram.

Among the changes introduced to eradicate the use of forced labour, ILO analysts highlight the strengthening of controls and the sharpening of penalties, including the introduction of criminal charges. According to data in the report, the number of inspectors in the country doubled in comparison with the previous year, from 200 to 400. Fines for the use of forced labour increased tenfold. Over the course of the year, 1300 investigations were conducted into cases of forced labour. 259 officials and heads of organisations were punished, generally by fines.

Assistant Director-General of the ILO and Regional Director for Europe and Central Asia Heinz Koller called on the international community to support Uzbekistan’s efforts in this sphere, adding that “responsible international investment can encourage the move away from the old, centrally planned, economic system and compliance with international labour standards”.

According to the ILO’s report on the cotton harvest of 2018, 93% of cotton workers worked freely on the harvest. However, the international coalition Cotton Campaign challenged these figures, arguing that the use of forced labour in the country continued to be systematic. Their position was backed up by analysts at the Uzbek-German Forum for Human Rights (UGF), who reported, among other things, episodes of state-sponsored extortion, in which the authorities force the managers of companies and stores to send their employees to work in the fields at their own cost or to help cover the costs of other workers.