The Kyrgyz interior ministry has decided to press charges against at least one leader of the movement Chong Kazat for incendiary language, Vesti.kg reported earlier this week.

Since the spring Chong Kazat (Great Crusade) has been actively demanding inquiries into the legality of the wealth of a number of Kyrgyz politicians. The group has succeeded in getting an investigation started into the property of parliamentary deputy Kubanychbek Jumaliev.

A counter-campaign against the populist anti-corruption group on the part of Jogorku Kengesh (parliament) deputies has been growing over recent weeks. At a parliamentary session on 13 May, MP Ruslan Kazakbaev expressed his concern in relation to the activities of Chong Kazat and their calls for a lustration of the wealthy. Kazakbaev noted that the group’s videos on the internet have been viewed, on various accounts, by between 100,000 and 300,000 people. “Even politician’s announcements are not read by that many people. Now they’re going around villages and calling on people to support them,” the deputy said. He also underlined that it was on the petition of Chong Kazat that investigations have begun into the property of fellow parliamentarian Jumaliev. “This is the start of something bigger,” Kazakbaev warned. 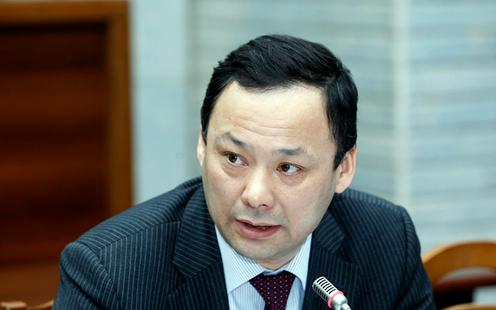 A few days earlier, political analyst Dmitri Orlov had also expressed disquiet with respect to demands made by Chong Kazat. In an interview with Vesti.kg, he pointed out that the group has called for the expropriation of the property of the rich and its distribution to the poor. Such rhetoric, he said, is finding widespread support during the current COVID-19 epidemic, when the standard of living of much of the population has seriously deteriorated. According to Orlov, whipping up such a mood among the public could lead to social upheaval. “Here in Kyrgyzstan the political situation can very quickly spin out of control. When this happens it will not simply be a revolution but the most basic Pugachevism. In other words what we see going on today in places like Somalia, where the country is automatically divided up into different warlords’ spheres of influence,” the analyst said.

This position has been supported by Jogorku Kengesh deputy Isa Omurkulov (one of those whom Chong Kazat has proposed to “dekulakise”). He stated that: “The street will start to control things and nothing good will come of this. Those who are calling for these things today are simply going too far. We absolutely cannot do these things. We have a country, a state based on the rule of law, with its accompanying institutions. If something is not right, if there is corruption, money gained by illegal means, then it is the state that must take the relevant steps.”

Political analyst Denis Berdakov, however, told Vesti.kg’s journalist that the protest mood was not likely to go beyond the bounds of the internet. Populist socialism, he said, has found an echo in Kyrgyz society since the 1990s, but no serious political forces support it. “The basis of our society of course is the clan elite. And they don’t flirt with such slogans. So in terms of the media, of course, all this can be interesting and cause a stir, but it is hardly likely to go any further,” Berdakov explained.

Kyrgyz parliamentarians, however, were not to be reassured. A week later, on 20 May, MP Irina Karamushkina complained to deputy internal affairs minister Almaz Orozaliev at a parliamentary session that the police had still failed to take action against a movement that has exhorted people to “steal what has been stolen by the smugglers [the reference to smugglers is to the much-publicised allegations against the powerful Matraimov family, accused of using their power to exert profitable patronage over criminal networks engaged in large-scale smuggling, which has done more than anything recently to add to the appeal of anti-corruption platforms among the public – ed.] and those who have enriched themselves by illegitimate means”. Another deputy asked whether the group had any right to reveal information about other people’s wealth.

In reply, Orozaliev said that experts were already looking into Chong Kazat’s declarations. “Their statements are currently in the process of being investigated. Unfortunately, at the moment information about who has what property is openly available,” the deputy minister said. 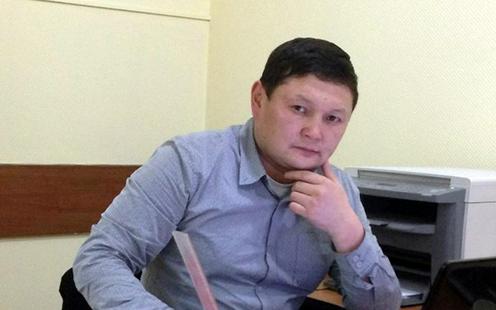 The interior ministry has now concluded that the statements of one of the group’s leaders, Siymyk Japykeev, have infringed the law and amount to incitement to mass disturbances and violence against individuals. The investigation is now working to determine if others too are to appear alongside Japykeev as defendants.

Chong Kazat is said to have been formed in January this year. Besides former state prosecutor’s office employee Japykeev, the group is led by the former head of the State Committee for National Security’s department for fighting corruption and economic crimes committed in public office, Maksat Mamytkanov, and former member of the Council for the Selection of Judges Kanat Khasanov. Other members are said to include a number of lawyers and civil rights activists. The group said that they initially planned to organise round tables, but due to the COVID-19 epidemic they were forced to take to the internet.

At first glance, the group’s online presence seems to have been influenced by that of Kremlin critic Alexey Navalny and his Anti-Corruption Foundation, albeit less polished. Their motivational video, however, is rousing even for those with no connection to Kyrgyz politics.

The video, entitled A Chong Kazat for the 21st Century, evokes the Kyrgyz nation’s founding legend of Manas (to see the video in Russian, click here). “A thousand years ago, the Kyrgyz nation passed through extremely difficult times,” the voiceover starts atmospherically. “Unity and harmony had disappeared from the homeland.” Traitors were rife and foreign enemies appeared from every side to take their land. Hunger and injustice reigned. The Kyrgyz people stood in danger of being wiped out. But then a hero, Manas, came and declared a chong kazat, uniting and saving his people. “1000 years later,” the voice says against the backdrop of a man searching amongst refuse containers and factories bellowing out pollution, “history has repeated itself.” The people are cast out from their own lands, it says in a clear reference to Kyrgyzstan’s hundreds of thousands of labour migrants, and forced into slavery in foreign nations. Everywhere there is economic collapse, treachery, bribery, injustice, indifference and the sowing of division. A lack of patriotism reigns. Officials sell themselves and their country for cash. “Things can’t carry on this way. It is time to continue the path of the great Manas. We declare a chong kazat against internal and external enemies! It is time to say no to bribery, lawlessness and injustice!”

What the future holds for the group remains unclear. A political party by the name of Chong Kazat has previously been registered in Kyrgyzstan. In 2017 Kyrgyz journalist Turat Akimov, who also published a newspaper by the same name, ran for president under the party’s banner. In 2016 Mamytkanov was mentioned in the media as a friend of Akimov. According to Khasanov, the movement plans to revive the party and enter the parliamentary elections later this year. At the same time, however, Mamytkanov stated: “We haven’t said that we are going to compete in the elections, we merely said that we are preparing a political force which will enter parliament. ‘Chong Kazat’ is only a movement. We have sent out a call to clean, progressive youth, and it remains to be seen what response we will get. Whether we will attach ourselves to any party or not is also a question that we are leaving for future discussion.”