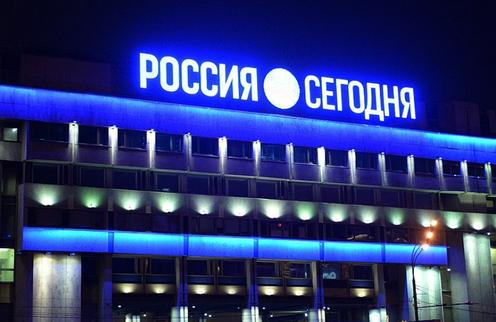 The international news agency Rossiya Segodnya sometimes referred to as ‘Russia Today’ (RIA Novosti, Sputnik — owned and operated by the Russian government), suddenly discontinued labeling the Taliban * an organization banned in the Russian Federation as required by law. On November 8, an internal memo from RT division heads with the corresponding directive was sent to all news agencies personnel, reports the Telegram channel Ostorozhno Novosti. The channel also shared a sent memo’s copy.

The memo informs the staff that ‘starting today’ instead of ‘terrorist organization banned in Russia,’ the personnel should refer to the Taliban in published content as to ‘the organization under UN sanctions for terrorist activity’. From the afternoon of November 8,, the labeling on the websites of RIA Novosti, Sputnik, and RT is given in a new wording. At the same time, the Taliban is still standing in the unified federal list of organizations designated as terrorists by the courts of the Russian Federation. The ruling of the Russian Supreme Court on Taliban was made in February 2003.

Also noteworthy is that on October 21, at a session of the Valdai Forum, Russian President Vladimir Putin announced that Russia was ‘moving towards’ a decision to exclude the Taliban from the list of terrorist organizations. However, the final decision must be made at the level of the United Nations since back in October 1999, the UN Security Council adopted Resolution 1267, recognizing the Taliban as a terrorist accomplice and imposing sanctions against the fundamentalist political movement. So far, no country has formally recognized the Taliban government since the insurgents took over the country on August 15 this year. 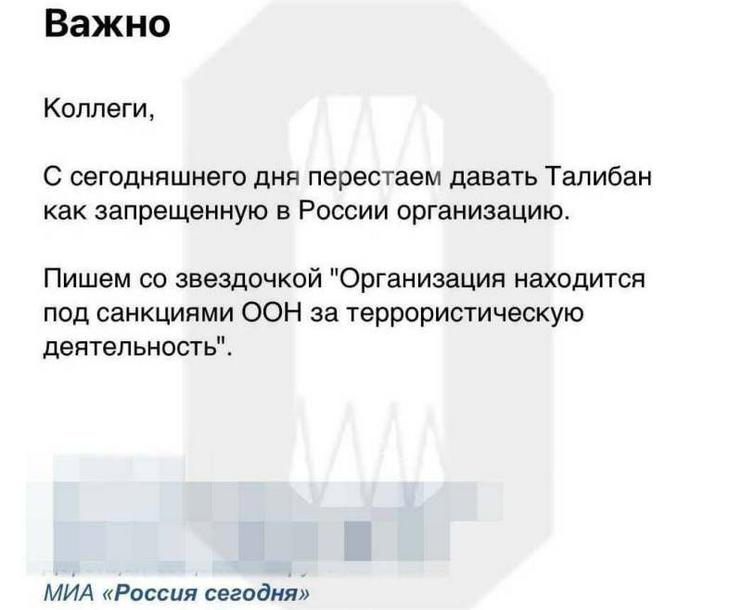 Memo’s text (marked as IMPORTANT by the sender):

Colleagues, starting today, we will stop presenting the Taliban as an organization banned in Russia. We will write its name with an asterisk and the note: 'This organization is under UN sanctions for terrorist activity'.