Uzbekistan to join EAEU as observer 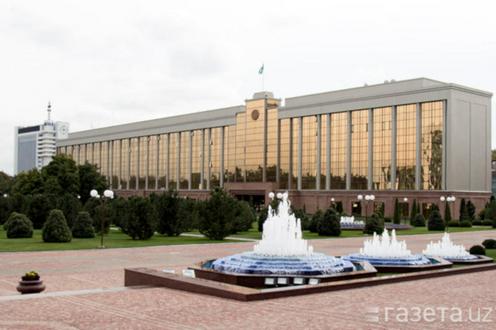 The headquarters of the government of Uzbekistan in Tashkent. Photo by Shuhrat Latipov, Gazeta.uz

Uzbekistan plans to apply for observer status in the Eurasian Economic Union (EAEU), the Uzbek government’s official news agency UzA reports (in Russian). A proposal to this effect has been approved by the government and sent to parliament for ratification. It is not stated when the proposal is to be taken up for discussion by deputies.

Uzbek president Shavkat Mirziyoyev earlier spoke of the necessity of deepening the country’s international economic integration in a speech before parliament. He noted that 80% of Uzbekistan’s international trade is transited through Russia, Kazakhstan and Kyrgyzstan, and 50% of the republic’s manufactured exports go to these same countries.

“Taking this into account, and in order to create favourable conditions for Uzbek citizens working in Russia and Kazakhstan, we are currently looking into the question of Uzbekistan’s possible cooperation with the Eurasian Economic Union,” the president declared.

A working group was formed to study the effects of integration on the key sectors of the Uzbek economy.

In 2019, foreign trade turnover between Uzbekistan and EAEU countries rose by 18.7% to $11.2 billion, Eurasia.expert writes, citing figures from the Uzbek Ministry of Foreign Trade. The country’s exports to member states rose by 22.9% to $4.65 billion.

The Eurasian Economic Union, composed of the Eurasian Customs Union and the Single Economic Space, currently includes Armenia, Belorussia, Kazakhstan, Kyrgyzstan and Russia. Moldova has observer status. Uniform customs regulations hold within the EAEU. Among other things, labour migrants who are citizens of one of the member states are exempted from the requirement to obtain a work permit in their country of arrival.

Observer status allows countries to participate in the meetings of EAEU organs and to receive copies of all documents submitted at these meetings. It does not, however, give the right to take part in decision-making.