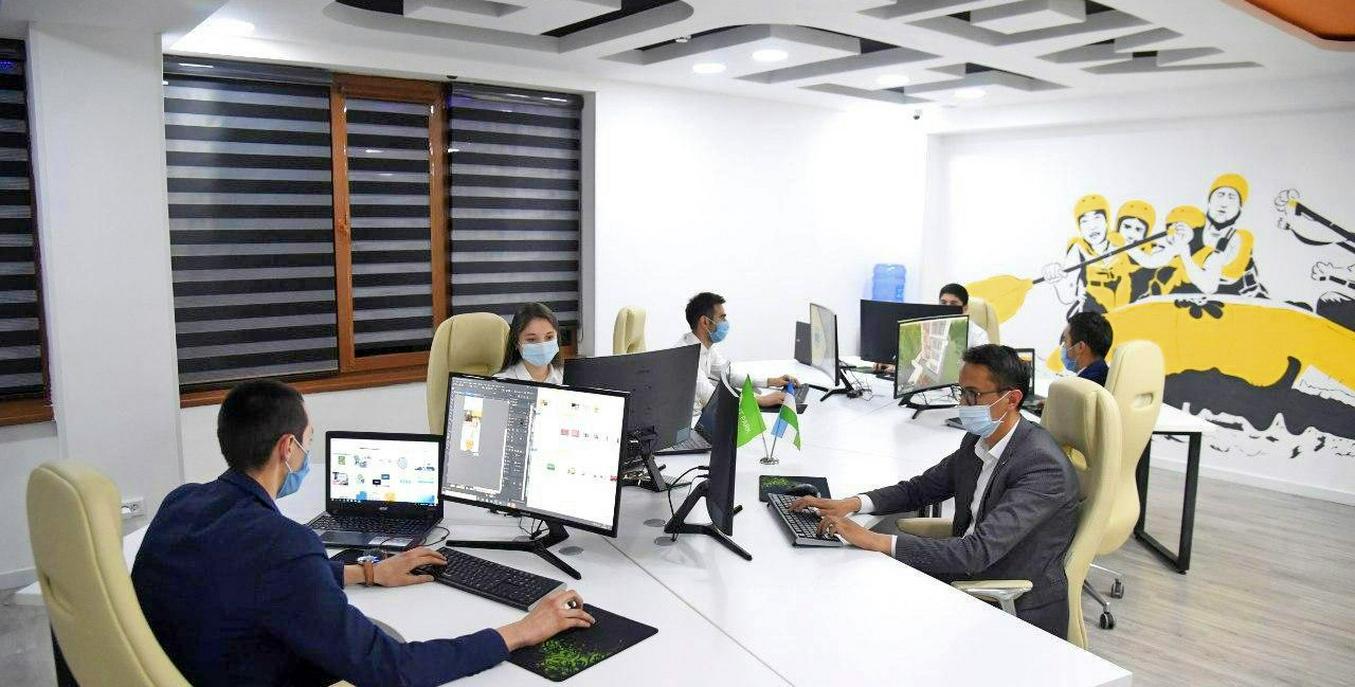 The technopark in Andijan . Photo from president.uz

In August last year, the news pages of media outlets all over Uzbekistan (and some elsewhere) were dominated by a photo showing the country’s president Shavkat Mirziyoyev together with a large group of local and foreign bloggers. The photo was taken at the opening event of the music festival Sharq Taronalari (Eastern Melodies) in Samarkand. The popular bloggers had not got together in Uzbekistan simply for the sake of a photo opportunity with the head of state, however. Just before the music festival got underway, the first World Influencers Congress was held in Tashkent. The man behind the event, which gathered 100 bloggers from 40 countries around the world, was the now-former adviser to the chairman of the State Committee for Tourism Development, Bekhruz Khamzaev.

Today he works for the independent NGO Ziyo Forum, continuing to come up with interesting and – in a Central Asian context – unusual projects. Among them is the platform World Vatandosh Accelerator – an attempt to gather together successful business ideas and evaluate their potential in an Uzbek context. Fergana caught up with Bekhruz Khamzaev and asked him for more details about the project.

Bekhruz Khamzaev is the deputy director of the foundation Ziyo Forum, and the head of its international department. He graduated from the management and marketing faculty of Juseong University in Cheongju, South Korea. In 2017, he worked as the head of the department for the commercialisation of innovative projects in the Ministry for Innovative Development of Uzbekistan. From 2017 to 2019, he headed the office for marketing research and the promotion of the national tourism product, and then worked as adviser to the chairman of the State Committee for Tourism Development.

– Bekhruz, who was it who initiated the project World Vatandosh Accelerator? 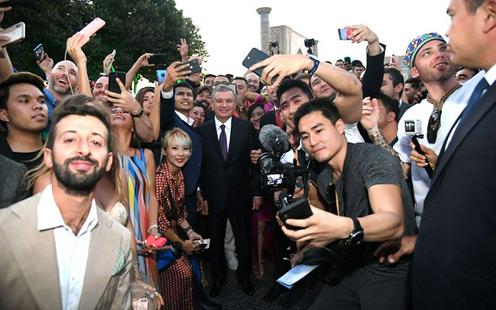 – The initiator of the project was me. This and other ideas came to me while I was still working at the State Tourism Committee. But at the time, conditions were not right for the implementation of this kind of project, and I put it on hold. Now I’m working for Ziyo Forum – a new non-profit NGO in the field of science and education, established on the initiative of the Cabinet of Ministers. Right now I’m the organisation’s deputy director for international affairs. We plan to promote and develop the accelerator project within the framework of an NGO.

– Where did the idea for the project come from? What are its goals, and who can participate?

– The basic idea for the project has been in the air for quite a while already. We know that a lot of Uzbeks are living abroad – on various accounts somewhere between 5 and 10 million people. Clearly not all of them are labour migrants. Many are successful businessmen, academics, entrepreneurs, people who are engaged in various positions and have control over various types of technologies and companies. It’s not for nothing that we put the word Vatandosh – compatriot – in the name of the project. I want to stress that participation in the accelerator is absolutely free.

In a nutshell, for us the accelerator is a way to transfer technologies and techniques. As participants in the accelerator, we want companies and ideas that already have their MVP (minimum viable product), we want the successful cases. We’re not interested in startups that have only their potential. We want to attract real projects whose value has already been proven in other countries.

– Are there equivalent projects in other countries?

– Yes, there are. An accelerator is not a new concept. State-run accelerators similar to ours exist in a number of other countries, for example in the UAE. But there the idea works on different principles. With the Arab accelerator, government ministries and agencies come forward with their own problems that they want resolved. And then companies from all around the world participate in the project alongside local ones by offering their solutions.

We’ve taken a slightly different path, because during the present stage we think that our problems are more clearly visible from outside, from abroad. I’m speaking in particular about countries that have already passed through the stage of reform in which Uzbekistan currently finds itself. They are already ahead of us and are able to look at the situation from a wider perspective and come forward with ready-made, tried and tested solutions. For this reason, we’ve altered the basic principle of our accelerator: here it is the project participants themselves who describe the problems that they see in Uzbekistan in any given sphere – education, medicine, agriculture, tourism – and then suggest the answers.

– Can a company not just take its ideas directly to, let’s say, the Ministry of Investments? 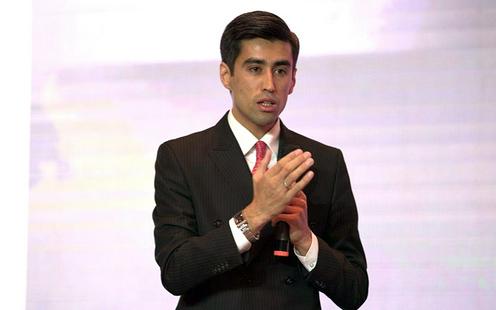 – The basic job of the Ministry of Investments is to attract investment, in other words the financial part. Our job is to attract and transfer technologies, companies, and ideas. For this stage money is of secondary importance. Of course, large companies that are willing to bring their technologies here and themselves invest in their development can work directly with state agencies, they don’t need us. But in those cases we’re talking about large-scale projects.

In our case we’re talking about startups. I mean startups that are already up and running and have their MVP and for whom Uzbekistan is a potential new market. But they have not yet been interested in entering this market due to various barriers, problems and bureaucracy. In other words they have a lot of issues, and it’s our job to remove all these doubts and questions. We basically create a platform for them, on which they simply need to tell us about their project and what issue it would solve. In turn, since we know the conditions in Uzbekistan, we think about which ministry or agency it would be best to pitch the project to, how to integrate it into the country and find partners for it. We will work together with those state agencies that are going to give the project real assistance. Besides this, we will also seek out the financial support needed to implement the ideas.

– What makes you so sure that companies will be able to enter the Uzbek market more quickly with your help? 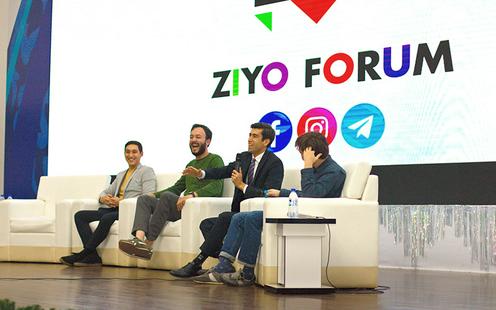 The Ziyo Forum team . Photo from the NPO’s Facebook page

– We know the local conditions and the ins and outs of how state agencies work in Uzbekistan, we know their logic, and we can adapt and prepare projects so that they go through more quickly or, let’s say, meet with less resistance. It’s knowledge based on experience, since I and many others on our team have previously worked in state agencies.

Also we shouldn’t forget that Ziyo Forum was set up by the government. We have good contacts with many government offices, including the ministries of innovation, health and education, with the Academy of Sciences and other agencies. This makes us sure that we can, in the best sense of the word, lobby for projects’ development quicker than SMEs (small and medium-sized enterprises) are able to themselves – small companies who have limited resources, and not an army of lawyers, accountants and project managers.

– The process of lobbying on behalf of others exists in many countries around the world. Does Uzbekistan have its own specific “national lobbying culture”?

– I don’t really see myself as an expert on lobbying per se, but my experience – I’ve worked in the Ministry of Innovative Development and the State Tourism Committee – has allowed me to build up my own know-how. To put it briefly, we understand how to send information up the chain in the “correct” way.

These days, the policies being pursued by the president are making it possible for all kinds of ideas to penetrate into Uzbekistan. But many of those who have ideas and want to come here and establish themselves come up against bureaucratic barriers, and against the fact that business in our country is conducted a little differently to elsewhere – it has its own peculiarities, and foreign companies are not so well informed about this. For this reason we offer our services, and help to promote this or that project.

At present, all government ministries are ready to take on innovative ideas and are choosing the path of open dialogue, and this is really positive. It is for precisely this reason that we’re launching the accelerator today rather than two years ago when I first had the idea. Because back then it was difficult to carry out. Now our country has implemented many reforms, but at that time they were only just beginning.

– Who will pick out worthy projects, and according to what criteria?

– We have a pool of experts working at Ziyo Forum who are ready to look through applications and pick out the solid ideas. Initially we planned to have applicants present their projects in Tashkent, but the coronavirus has interfered with these plans and we have had to redesign the accelerator in a virtual format.

We’ve already received requests for participation, and our experts are looking into the proposals. After we receive applications, we first of all get in contact with the applicants themselves and ask them additional questions. During the second stage we discuss the practicalities of integrating the project into our country. At this point specialists in the relevant spheres get involved in the interview process – our partners from the Ministry of Innovative Development, the Ministries of Higher and Secondary Specialist Education, the Academy of Sciences, the National Chamber of Innovative Healthcare, the joint-stock companies Uzbekistan Railways, Uzbekneftegaz, Uzavtoprom, Uzkimyosanoat and Uzmetkombinat, and from the National Bank for Foreign Economic Activity and other organisations. This is how the selection process works. The main selection criteria are the prospects for implementing a given project in our country and how far it can be of benefit to our state.

– In April you held a virtual conference on the coronavirus. What were the results of the conference, and were you satisfied with them? 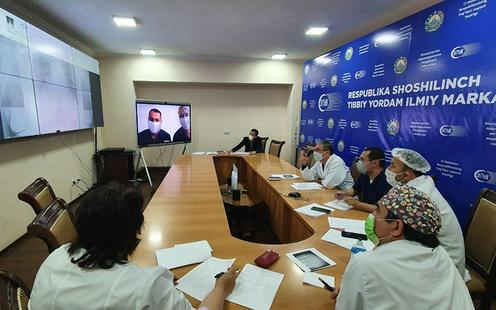 Ziyo Forum experts participate in a session of the anti-coronavirus taskforce. Photo from the NPO’s Facebook page

– The Coronavirus Con conference was a success, I think. A lot of famous and respected experts participated, such as Frank-Jürgen Richter, the former director of the Davos World Economic Forum, and the CEO of Pegasus Airlines, Mehmet Nane, who talked about the future for the aviation industry. We had professors from Stanford, Oxford, Yale, Columbia University and other specialists from 15 different countries. The TV channel UzReport World is showing the meeting in English and it will be translated for broadcast on national television.

I think the most important thing we got out of the conference was that it enabled us to find out more about the vaccine developed by the Jenner Institute at Oxford University. Professor Adrian Hill, who has created a vaccine against COVID-19, works there. At present, 41 vaccines have been developed around the world and are at various stages of clinical trial, but the Jenner Institute’s vaccine is the only one that has reached the stage of human trials. The trials will be completed in September. But the vaccine’s creators are so sure of success that they have already started mass production. By the end of May, 5 million doses of the vaccine will be ready, and by September this is expected to rise to 40 to 60 million.

– If it’s not a secret, why did you and your team leave the State Tourism Committee?

– It’s no secret. I left the State Tourism Committee because I wanted to get involved with projects that could be of benefit to Uzbekistan in other spheres. In tourism I had already done everything that I could do. We brought over 150 bloggers and dozens of TV stations to the country from around the world and created over 100 news blogs. Our Instagram account has more than 10,000 quality photos. On YouTube we have put up over 20 hours of content about Uzbekistan. For me tourism is a closed case.