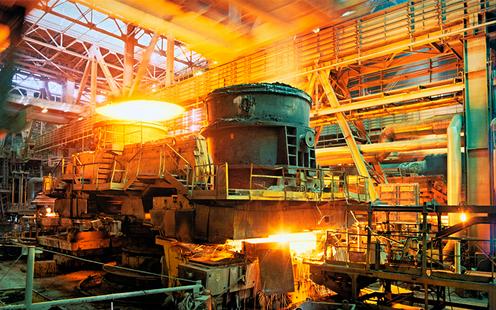 Depriving Uzmetkombinat of the exclusive right to buy ferrous and non-ferrous metal scraps and residues will mean that all actors in the Uzbek metal production market will begin to work according to market principles, Uzbekistan’s Antimonopoly Committee (AMC) has argued in reply to claims made by the leadership of Uzmetkombinat (in Russian).

The dispute erupted following the publication by the Antimonopoly Committee on 1 July this year of a draft presidential decree abolishing preferential treatment for a whole series of Uzbek enterprises. The document contained a point setting out the abolition of Uzmetkombinat and Uzvtortsvetmet’s monopsony (exclusive purchase rights) on metal scraps.

The management of Uzmetkombinat categorically refused to agree to such a proposal. According to company heads, such a decision could lead to the collapse of the whole sector. They argued that abolishing their monopoly will lead to a 186% rise in raw materials imports in a year and expenditure on buying metals from abroad will increase from $197m to $367m. This will result in a drop in the company’s profitability and a sharp fall in government revenue. The Antimonopoly Committee’s plans, Uzmetkombinat argues, will lead to the company’s collapse and, consequently, to the collapse of the entire city of Bekabad along with its 120,000 inhabitants.

The draft decree’s authors responded with their own counterarguments. Due to the artificially low purchase prices set by the monopolists, they argue, a black market has emerged in the country, in which businesses buy up metal scraps from the public at their real cost, close to global market prices. As a result, Uzmetkombinat imports up to 40% of its raw materials. Besides this, untransparent purchasing mechanisms have led to the company paying prices 1.3 times higher than those paid for equivalent products by its competitors.

The AMC argues that removing the artificial barriers and legalising purchases by private enterprises is the only way to get rid of the black market and increase the amount of metal in circulation. The agency added that private metal production companies that have sprung up recently and do not enjoy Uzmetkombinat’s many years of government preferences have nevertheless shown good performance. “The creation of ‘greenhouse’ conditions for just one metallurgy enterprise simply because it is a major producer and possesses infrastructure and procedures accumulated over many years is an unjustifiable decision that slows down the development of the market,” the AMC’s response states.

Uzmetkombinat is the only Uzbek enterprise that has openly entered into an argument with the Antimonopoly Committee over the new draft decree on abolishing preferential treatment, although the AMC's plan’s will have an important impact on dozens of major companies and organisations. These include cotton sector firm Uzbekipaksanoat, the National Bank, Akfa University, the National Guard, Uzbekinvest, Davlat Belgisi and others.